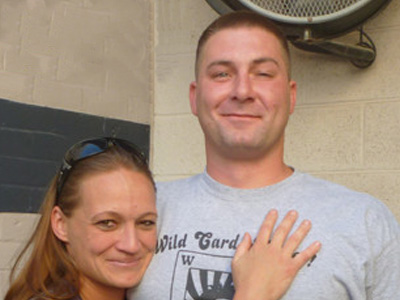 Drayton was convicted in 2002 of second-degree murder after being accused of shaking his nearly 5 month old baby to death.

Steven Witt was born a “blue baby” with the umbilical cord wrapped tightly around his neck, had aspirated meconium (fecal matter inside his lungs), and was in respiratory distress. Steven suffered medical problems almost every day of his short life and was in and out of doctors’ offices and hospitals for treatments. After being prescribed medicine for flu-like symptoms, Steven began to suffer from seizures and on June 1, 2000, Steven suffered a catastrophic seizure, which led to his death.

Drayton Witt was charged with second degree murder. The State’s expert witnesses relied on the shaken baby syndrome (“SBS”) triad – subdural hematoma, retinal hemorrhages, and cerebral edema to conclude that the baby must have been shaken by his father, the only adult with him at the time of the fatal seizure. No cuts, bruises, grip marks, fractures, dislocations, nor spinal cord injuries – but doctors at the Phoenix Children’s Hospital in 2000 insisted that the “triad” of injuries meant an SBS homicide.

The Arizona Justice Project began working on this case in 2008. The Arizona Justice Project approached eight different experts in a variety of medical fields, all of whom agreed to review the case and medical history on a pro bono basis. Each of these experts provided sworn testimony in support of Mr. Witt’s claim of innocence, pointing to the child’s medical issues as the most likely cause of death, and not SBS. Most notably, the county medical examiner at the time of Steven’s autopsy in 2000, re-examined the case and concluded that he no longer believes the child’s death was a homicide but, upon reconsideration of the complicated medical history and child’s neurological problems, the death was a result of a natural disease process.