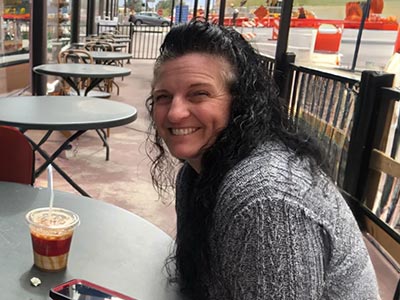 Conviction based on shaken baby syndrome

Elizabeth Cicogni spent 20 years in prison for a crime she did not commit. Her 2001 conviction was based entirely on what we now know was scientifically flawed expert testimony regarding so-called “shaken baby syndrome,” also known as “SBS.”

In 2019, after a multi-year investigation into the conviction, the AJP and pro bono partners filed a petition for post-conviction relief based on newly discovered evidence and advancements in scientific knowledge about certain medical findings since the time of trial. In 2020, the Maricopa County Superior Court applied the high bar required to satisfy the legal standard and granted post-conviction relief based on the introduction of currently available scientific evidence.

hidden
The Day That Changed Her Life

In 1999, Liz was a 24-year-old married mother of two young children. Her husband was employed outside the home and Liz began babysitting to earn extra money for her family. Liz was a law-abiding citizen with no criminal history of any kind.

On April 27, 1999, Liz’s husband was at work, her older child was at kindergarten, and Liz was at home caring for her 7-month-old son and a pair of siblings who were 3-years old and 4-months old.

Liz spent the day playing with, feeding, and otherwise caring for the three children. In the early afternoon, Liz’s son crawled into the kitchen. Liz followed him while carrying the 4-month-old up on her shoulder. Liz’s son began trying to climb Liz’s legs and when she reached down to place him back down on the floor, she bent over and the 4-month-old fell backward out of her arm and landed head-first onto the kitchen floor.

Liz immediately called 911 and reported that she had dropped a baby and needed help right away. A volunteer from the Buckeye fire department first arrived and a while later, paramedics came and rushed the baby to the hospital, where he was found to have a minor skull fracture and brain injuries. He died soon thereafter.

A year after the child’s tragic death, Liz was indicted on criminal charges of murder and child abuse. Hospital physicians rejected Liz’s explanation of what happened and told police it would have been impossible to have suffered severe head injuries from a shortfall. Instead, they said the injuries must have been caused by “acceleration/deceleration” injuries forces associated with SBS. The medical examiner agreed. Liz was convicted at trial and sentenced to 35 years to life in prison.

In 2019, the AJP presented evidence dismantling the State’s expert testimony from trial based on medical and scientific developments in the understanding of SBS that have occurred over the past 20 years, including evidence that shortfalls, like the one in this case, can cause precisely the kinds of injuries that the child suffered and that led to his tragic death. Opinions and conclusions of experts in areas of biomechanical engineering, forensic pathology, and pediatric neuropathology were submitted to the Court in support of Liz’s claims.

In 2020, after reviewing the 2001 case and the new evidence submitted, the Court overturned Liz’s conviction in granting post-conviction relief, a rare occurrence, and the Court noted that the evidence presented by the State 20 years ago could not withstand scrutiny today and noted that opinions previously expressed may require retraction in their entirety.