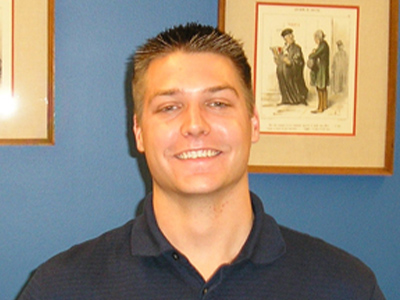 John Watkins was convicted for a sexual assault that occurred in Gilbert, Arizona on May 26, 2003. The victim in this case was a 48-year-old unmarried woman, who was forced off the sidewalk by an unknown person and into the bushes where she was sexually assaulted.

The assailant fled as the victim’s friend came running to her aid yelling for help. Immediately after the assault, the victim went to the hospital where evidence was collected from her body. No semen or sperm was detected on the rape kit items and thus, in 2003, no DNA testing was conducted on this evidence.

Nine days after the 2003 assault occurred, John Watkins was brought to the Gilbert Police Department on an unrelated non-violent crime, where the police quickly shifted the focus of the interrogation to his involvement in the above sexual assault. The interrogators lied to Watkins, claiming his fingerprints were found at the crime scene, witnesses had already identified him, and told him that he had failed a voice stress test. After 4 ½ hours of interrogation, Watkins confessed to the rape crime.

After Watkins confessed, the police put his photo in a photo line-up showing 6 suspects. The police showed the line-up to the victim, who previously said she could not help in making a composite sketch of her assailant but could give only a general description: young, white male, white t-shirt and basketball shorts, medium build, blondish-brownish hair. Watkins was the only person pictured in a white t-shirt — the other 5 suspects wore black t-shirts. The victim chose the suspect in the white t-shirt.

Watkins applied to the Arizona Justice Project for help with getting evidence from his case tested for DNA. He had asked the courts for testing twice before, but was denied each time. In 2010, under the DNA grant, the Arizona Attorney General’s Office signed onto the Arizona Justice Project’s Petition for DNA testing. The rape kit items were sent to the DPS crime lab where Y-STR testing was performed on internal and external vaginal swabs. Thanks to modern technology, namely the Y-STR testing method, DNA results were found from skin cells – invisible to the human eye – left on the rape victim by the assailant. The DNA testing on the victim’s rape kit confirmed that John Watkins was not the perpetrator that committed this crime. A partial male profile (Y-profile) was obtained, and John Watkins was conclusively excluded as the donor of the DNA.

On December 16, 2010, John Watkins was released after 7 ½ years of incarceration.

Unfortunately, at this time, the Maricopa County Attorney’s Office and the Gilbert Police Department have not re-opened an investigation on this crime to find the true assailant.