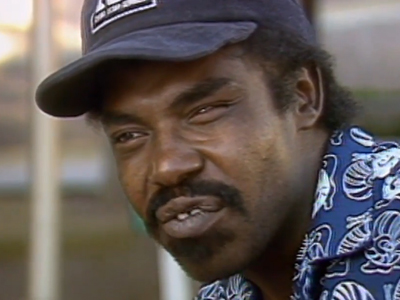 In 2000, Larry Youngblood was the first person in Arizona to be exonerated through post-conviction DNA testing. In October of 1983, a 10-year-old boy was abducted from a carnival in Tucson, Arizona, driven to a remote desert location, and sodomized repeatedly for over an hour by a middle-aged man. The victim was taken to a hospital, where the staff collected semen samples from his rectum as well as the clothing he was wearing at the time of the assault.

The boy described the assailant as an African American man with one disfigured eye. Nine days after the assault, Larry Youngblood, an African American man with a bad eye, was the only suspect. The Tucson Police brought Youngblood in for questioning and his photo was placed in a photo line-up and shown to the victim. Youngblood was charged with the crime. He maintained his innocence at trial, but the jury convicted him, based largely on the eyewitness identification from the young victim. DNA testing was not yet available, but also, no serological tests were conducted before trial, as the police improperly stored the evidence and it had degraded. Expert witnesses at trial stated that, had the evidence been stored correctly, test results might have yielded blood type and secretor status which could have proven Youngblood’s innocence.

In 1998, Youngblood was released but he refused to register as a sex offender under the new the Arizona sex offender law. Youngblood’s trial attorney, Carol Wittels, always believed in Youngblood’s innocence and in 2000, she contacted the police department and asked for testing on the degraded semen evidence using more sophisticated DNA technology. Those results fully exonerated Youngblood. By that time, the FBI’s CODIS DNA database was up and running and the DNA profile from the evidence was entered into it and “hit” to a DNA profile of a man named Walter Cruise, an African American man who was blind in one eye and a prison sentence in Texas for the sexual assault of another child.

In 2007, Youngblood died without ever receiving compensation because Arizona did not (and still does not) provide compensation to the wrongly convicted.