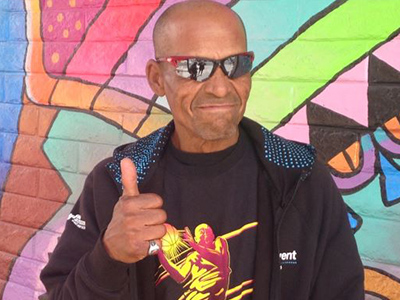 Spent 42 years in prison for arson he did not commit

Louis Taylor has always maintained his innocence of the 1970 Pioneer Hotel fire that took 29 lives. Attorneys from the Arizona Justice Project spent years re-investigating this case, discovering evidence that was never disclosed to Taylor’s attorney and confirming the snitch testimony leading to Taylor’s conviction was false.

A national Arson Review Committee, led by John Lentini, reviewed the evidence and 1972 expert conclusions used to convict Taylor and, after applying today’s standards of fire investigation, concluded there was no evidence to support the cause fire was arson. The Tucson Fire Department conducted its own review and concluded the cause of the fire was “undetermined.”

In addition, the defense expert in Louis trial — long-troubled by Louis’ conviction — spent more than a decade reinvestigating the fire, and now believes that under today’s knowledge and investigative standards the cause of the Pioneer Hotel fire cannot be determined. Based largely on these findings, the Arizona Justice Project team sought relief for Louis Taylor.

On April 2, 2013, Taylor was granted his freedom after the Pima County Attorney’s Office offered him a deal to plead no contest in exchange for his immediate release from prison. “For Louis, freedom has been a long time coming, for too long,” said Larry Hammond, founder of the Arizona Justice Project and attorney for Louis Taylor. “Louis has spent his entire adult life in prison for a crime that he didn’t commit.

The fire at the Pioneer Hotel was a tragedy — and our hearts, and Louis’, go out to the victims and their families — but no credible expert today could conclude that the fire was arson, let alone that Louis was the arsonist.”

The Team Who Made It Possible

The Arizona Justice Project is extremely thankful to the dedicated volunteer attorneys Ed Novak, Noel Fidel, Mike Piccarreta, Stanley Feldman, Jefferson Keenan, and Arizona Justice Project faculty advisors Andy Silverman and Bob Bartels. A big thank you to our investigators, Ian Burnett and Randy Downer, from Inter-State investigations. We also thank the many volunteer law students who worked on Louis’ case over the years, predominantly from the James E. Rogers College of Law at the University of Arizona.